THE HISTORY OF TITIAN BARBIES

The hair color was also incorporated in the Number 6 line of Ponytail Barbies. Sometimes, late issue Number 6 are referred to as Number 7. These Barbies have curly bangs with a ponytail that ends in curls. The number 6 line also had blonde and brunette hair. The Number 6 Bubblcut line ran from 1962 to 1964.

Below are photos of titan Barbies from this time. 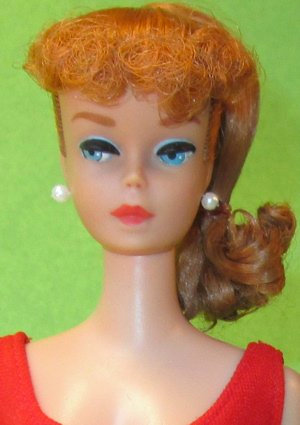 A Number 6 Ponytail Barbie with titan hair. Notice the bangs and curly ponytail. 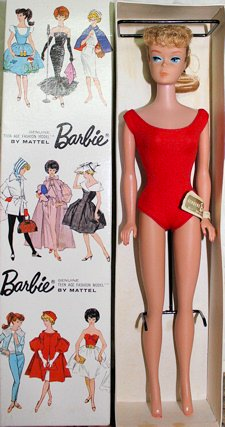 A Number 6 titan Barbie in the original case. 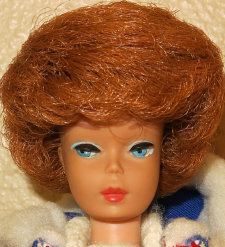 The Bubblecut barbies had a full, round head of hair. This one is the titan Bubblecut from 1964.